Tumaini Children’s Ministry seeks to reach and restore needy and hurt children; entrusting that the child is equipped with social life skills through education that will assist them to be productive individuals, positively affecting their community.

Children from all kinds of backgrounds are taken into the home. People in the surrounding community know about the home and tell them about children in need. Pastors also tell them about children in need. When they do ministry in the village, churches help them identify children they can take in. They however carry out research about a child before taking him or her in. 70 children have passed through the program since it began with one finishing college, one completing form 6, 22 in secondary school, the rest in primary school and 3 in pre-school. The ministry’s target for this year is to reach out to 100 children (fully sponsored).

Tumaini fits into the YWAM vision and mission under evangelism and mercy ministry by way of reaching out to vulnerable children thus serving the community.

Children are valuable and should be well taken care of from a tender age.

To provide hope for under privileged children; giving educational, physical and spiritual care with a purpose of bridging the gap between today and tomorrow.

Tumaini Children’s Ministry began in 2006.
The head of this ministry at present, Geoffrey, came to Arusha in 2007 as a student. He went back home after his studies with no plans to come back. At home, he worked for one month then returned to YWAM Arusha.

In 2008, he started to work with young people in the soccer ministry. The church he was attending in Arusha was engaged in street children’s ministry and the possibility of being involved was there but he didn’t pursue this. In 2008, the Australian lady in charge of YWAM Arusha’s children’s ministry was leaving to go back home. She impressed upon him that God wanted him to work with young hearts. She was persistent.
Though unsure, he prayed and prayed and felt God was indeed calling him to work with children.

Geoffrey began to lead Tumaini Ministry from there on. The ministry had began with just 12 children but by 2009 the number was at 50. The ministry did not have a home and Geoffrey was not married. He thought it would be good to get married and experience having his own children as he continued to work with vulnerable children.

The ministry bought land and property and opened a home in 2011. At this time they had 6 children and 3 staff members.  There were 56 children in the program in total however; some were living with relatives. The ministry encourages that children remain connected to their family setting and culture as much as is possible. 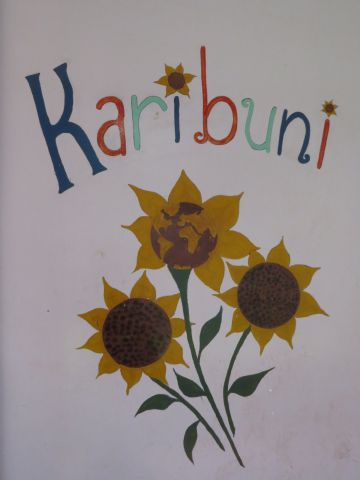 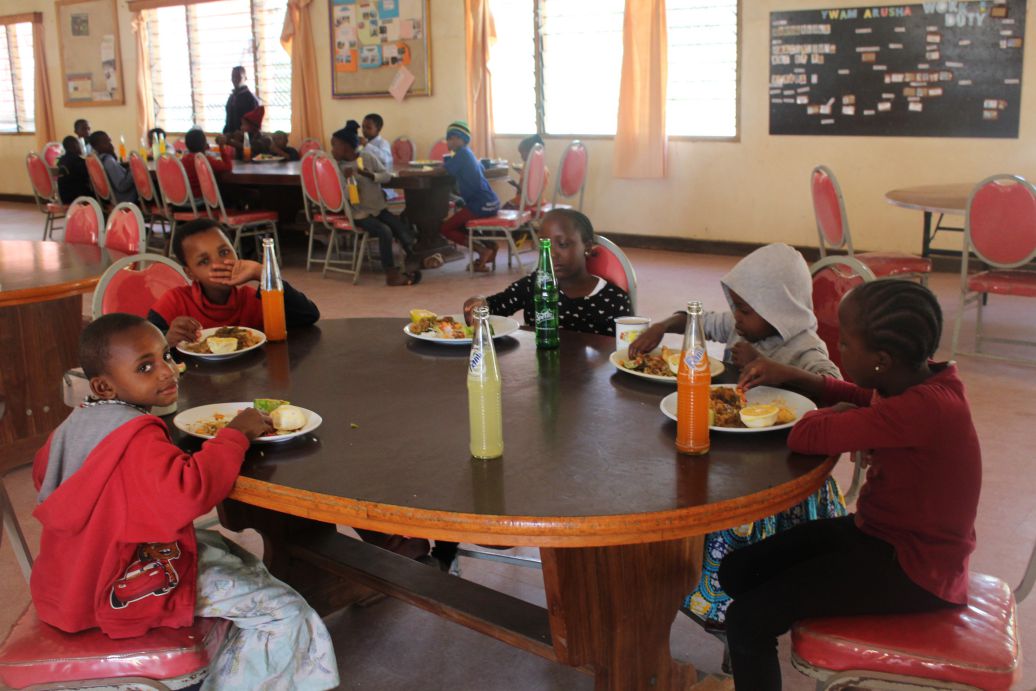 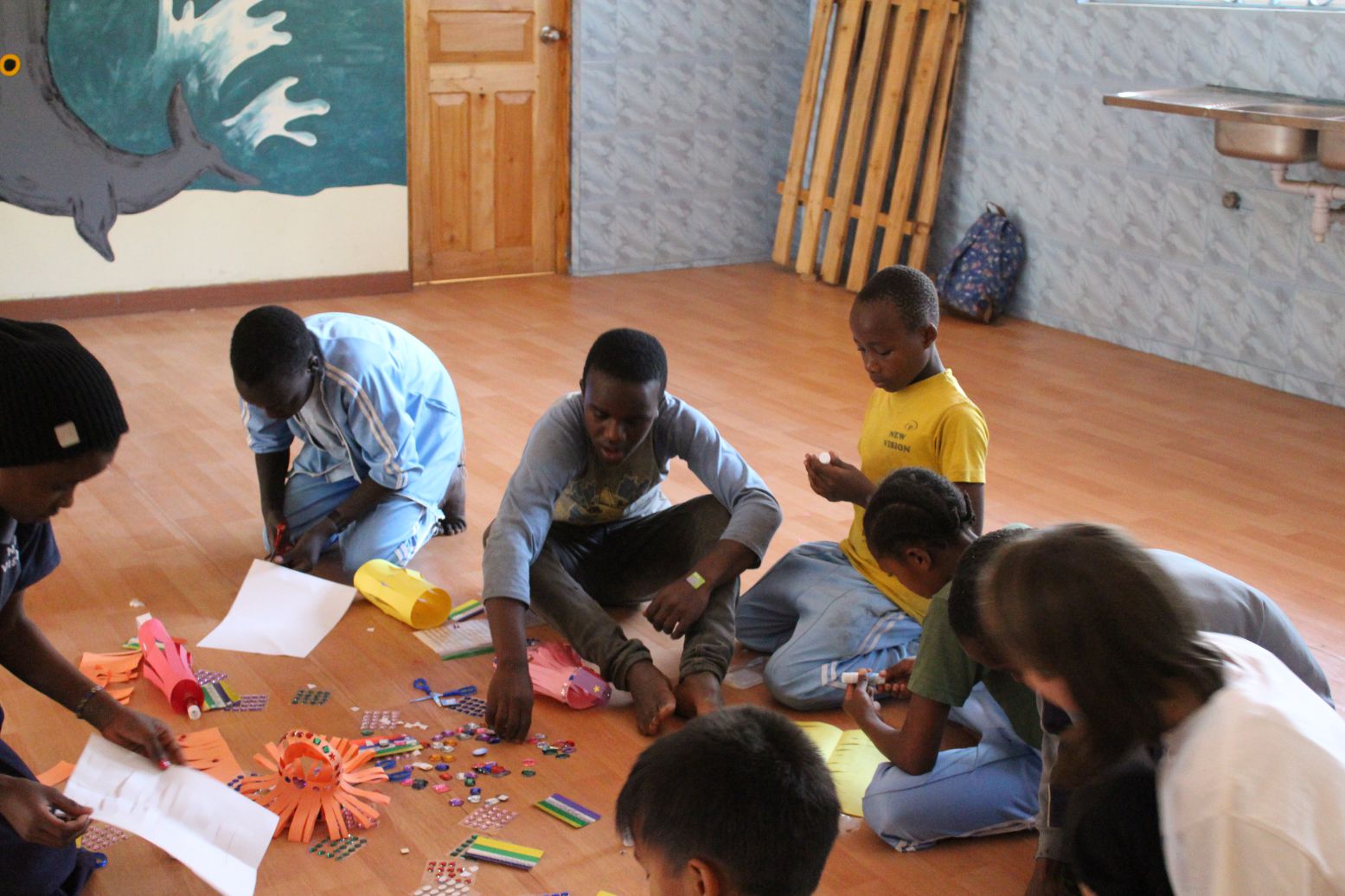 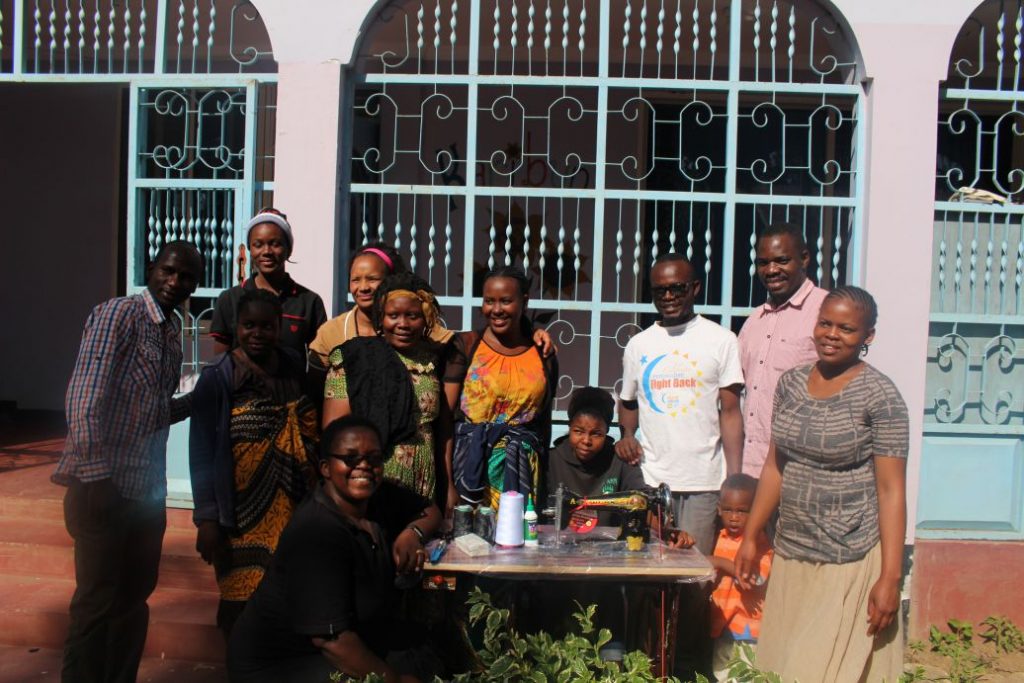 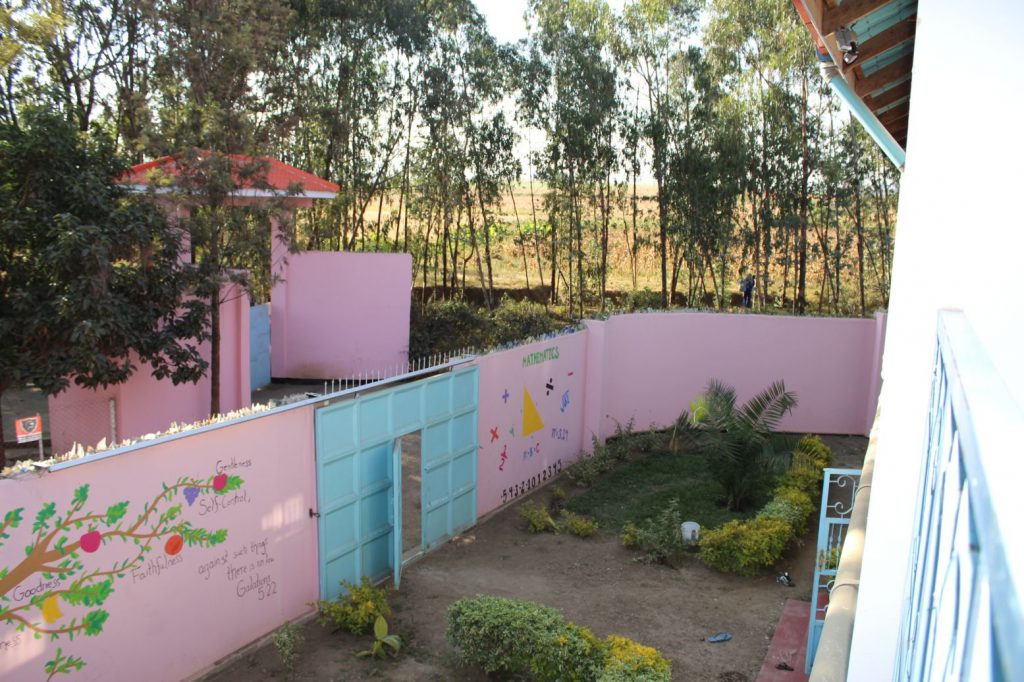 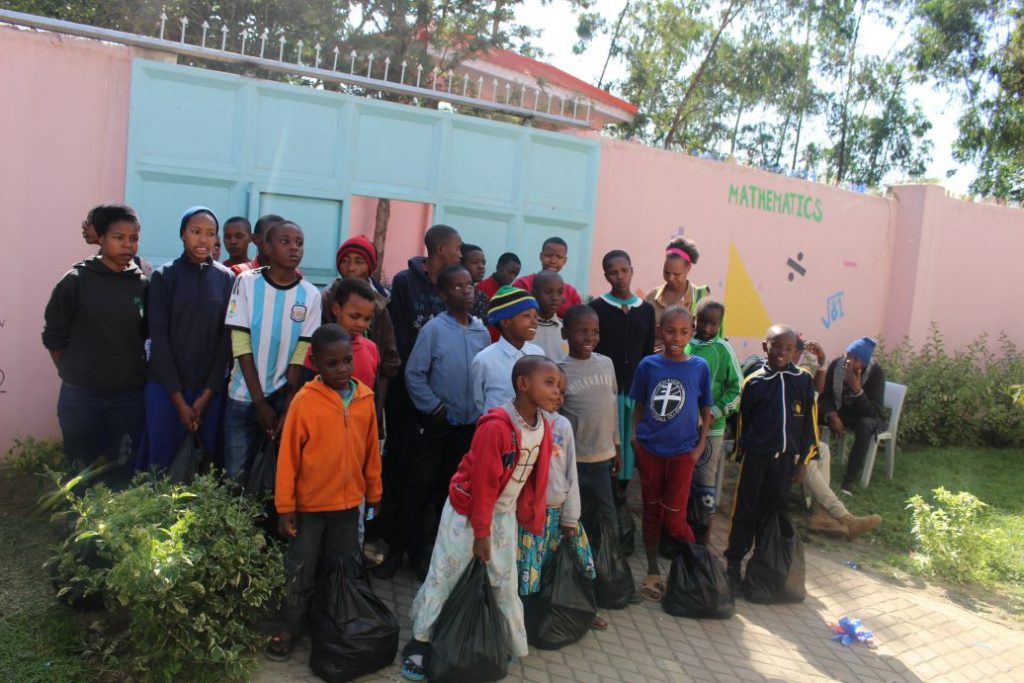 It has a Saturday family meeting every 3 months where the home shares the love of Christ through games, singing and chatting (one on one).

It also gives out food baskets to the children to go home with; it feeds families. The basket contains items such as rice, sugar, wheat flour, cooking oil, salt and tea leaves which can feed a family of four over four meal times.

On the first Saturday of December every year, parents and guardians come to the home and get taught about how to take care of their children.

Building a children's home with a walled fence

Seeing children go through the system of education – primary and secondary school and college. One of its children is the best in their school (secondary)

Some of the children’s sponsors run into financial problems and cannot support them anymore. Even more, these sponsors have high demands such as taking photos all the time.

Some of the children’s families don’t want to have their photos taken all the time and ask why this is necessary. Finances for day to day running are not always adequate.